Before I get into my game post this week, I want to thank everyone for the responses I’ve been getting! I love games, and I’ve tried a gaming blog before that was not exactly successful. As long as you guys enjoy these posts, I’ll continue writing them.

This week, I’ll be covering another head-to-head game. This one isn’t traditional, and isn’t a board game, but comes as a series of decks of cards. 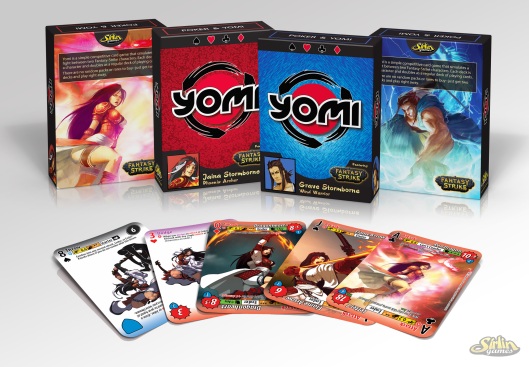 Yomi is a fixed card game based on 2-D fighters like Street Fighter or King of Fighters. Each player chooses a character from the line-up of ten decks and begins a fight. 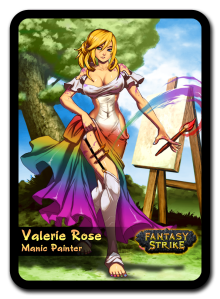 The cards in your deck are separated into Attacks, Throws, Blocks, Dodges, and Special Attacks. Most of the cards have two sides, each one a different option. Special Attacks generally are the same on both sides.

Each turn, the players pick a card from their hand and place it face down in front of them. When both players have chosen, you reveal your cards, and compare them. The ‘winner’ of the play is decided by a rock/paper/scissors style chart, with Attacks beating Throws which beat Blocks/Dodges. If you win, you either get to combo (In the case of Attacks, Throws and Dodges) or draw a card (in the case of a block).

You win when you reduce your opponent to zero life.

This is a game that I didn’t like the first time I played. It seems too simple, ‘iterative Rock/Paper/Scissors’ was my criticism. Then I continued playing, and got comfortable with the mechanics, and the unique strategies offered to each character. Then I began to understand my opponent.

Yomi, in addition to being a reference to the Underworld in Japanese mythology, also means simply ‘reading.’ It’s become a slang term in the fighting game community to reference that sort of preternatural ability of high level players to respond to attacks before they’re even visible. The card game Yomi benefits from that same reading ability, understanding your opponent, and his tools, well enough to react before you know the move he’s going to make.

If you can try it out, I’d suggest giving this one a shot, if only for the brain-warping you’re sure to experience around game ten or so.

2 thoughts on “I Know What You’re Thinking: Yomi”