Game reviews are back! This time, though, I’m not talking board games (Though I still love them, and if you want some boardgame fix, go check out Cartrunk Entertainment. John is the man when it comes to supporting awesome games) I’m talking about my online game of choice.

Wikipedia calls them action real-time strategy games, which is a fairly clinical description of the genre. Spawned as custom maps in Star Craft and Warcraft III, each player took control of an individual hero from the game and attempted to destroy the enemy base with their team. This game mode became so popular that stand alone games using similar mechanics began getting produced. At first, they got the name ‘Defense of the Ancients-likes’ or similar terms after the original Warcraft III map. 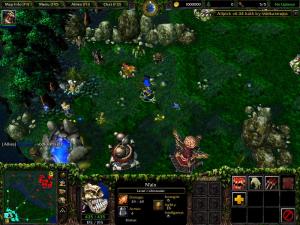 A number of titles have come out since the original DOTA, including League of Legends and Heroes of Newerth, both versions I’ve played, and other titles like DOTA2 and Demigod, neither of which I’ve tried. Blizzard even added an official version to Star Craft II called Blizzard All-Stars.

The term ‘Multiplayer Online Battle Arena’ was coined by the Riot Games team who produced League of Legends.

So, now that I’ve bored you with the history, what is it that sets MOBAs apart as a genre?

It is technically a sub-genre  of RTS games, due to being designed originally in RTS games! The catch, though, is there’s much less micromanagement required to successfully play a MOBA. Instead of keeping track of multiple bases, and controlling dozens of units, you get one, and just have to react to the conditions of the battle field itself. For those, like me, who enjoy the genre, but couldn’t come to grips with keeping that much in the air at once, it’s a welcome place to play.

There’s two reasons I play role playing games, one is for the awesome stories. But the other, and this one is more important for me to burn through a 100 hour game, is the game play. A solid combat system with interesting character advancement choices is an absolute must for me to really get into an RPG. The thing about MOBAs is they give me those interesting moment to moment decisions, excellent and interesting character development choices, and cool gear, and deliver it in 1/100th of the time!

Team and Objective Based Gaming

I’ll admit up front I’m not a huge fan of conventional first-person shooters. Free-for-all gaming isn’t really my thing. But you take a classic shooter, split guys off as teams and give us something to do besides kill each other, and you’ve got my interest. MOBAs are team and objective based by definition. A large part of the strategy is working together to get kills so you can ‘push’ down base defenses to claim victory.

So, a bunch of great things, can’t be anything bad about these games, right? Well, not so much, and it depends on which iteration of the game you play.

The genre is notorious for its incredibly steep learning curve. With a bundle of mechanics, fairly complex statistics, and dozens of unique characters, you’ll spend a lot of time just learning how everything fits together before you get a feel for what you’re really capable of.

The first thing that stands out to confuse newbies is the ‘roles’ different characters are capable of. Some characters are ‘Carries’ whose goal in the game is to get a lot of money and build into incredible powerhouses that are a force to be reckoned with. Others are ‘Tanks’ which any classic RPG fan will recognize as the guy intended to take damage. In MOBAs, they do their job by being incredibly tough to kill, with a lot of nightmarish effects to keep the enemy from doing much. My favored role is ‘Support’ which MMO players will know as the heal-bots of their genre. A support with friendly buffs, enemy debuffs, and heals.

Then you have ‘last hitting’ which is simple on the surface, but is one of the more skill intensive actions you’ll take in the game. The idea is simple: If you get the killing blow on an NPC you get the gold for the kill. If you score the killing blow on an enemy hero, you get a higher amount of gold than your teammates who assisted with it. For some characters, this last-hitting is what makes them good at their job, and if you don’t do it enough, you end up falling behind.

Another mechanic, which isn’t present in all versions of the genre, is ‘denying.’ This is just like last hitting, except you are attacking your own NPCs and Towers. 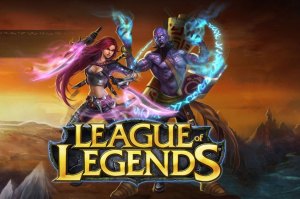 So you’ve got the genre in a nutshell, so now I should probably make a suggestion about where to start. Personally, I’m a huge fan of League of Legends. It was a free-to-play version, with a colorful cast and an easier skill curve than its competitors. (Sorry, Heroes of Newerth, but I don’t like the denial mechanic.)

This version has some metagame mechanics through ‘masteries’ and ‘runes’ that are basically passive buffs that apply to your champion in game. It’s got a cool leveling system to keep newbies playing newbies, and you can’t play ranked games until you’re level 30, giving you some time to get used to the game before playing ‘serious’ players. In addition, it has a system for playing games against computer controlled opponents with an automatically generated team of human players. 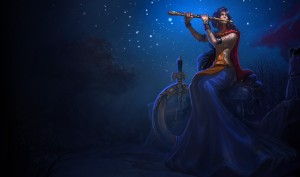 Only the best support in the League.

Come try it out (That’s a referral link, I get virtual monies if you sign up and play to level five) and you might see me around using Divine Soraka to keep my team alive until we win.