I found this spectacular video through an article on Cracked. That is one of the happiest dogs I’ve ever seen: 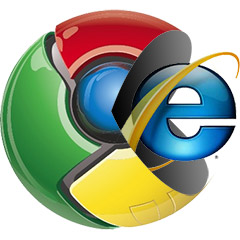 The Internet: A place that reminds you just how bad the world is. And how awesome it can be.

So this last week, I’ve encountered a bunch of articles encouraging what I consider ‘magical thinking’ for writers. An ephemeral desire, perhaps, to not be responsible for the work, to let the work be in charge.

Now, I’ve discussed a bit about being pragmatic about things. After all, it’s what is best for the work, not what’s best for your ego.

But sometimes, I just get tired of it.

I don’t write to the ‘muse.’ I’m just lazy and need to work on that.

I don’t ‘trust the story.’ I kick the story in the teeth until it behaves.

I don’t ‘listen to my characters.’ I craft them to their roles and explore many potential existences before laying them on the page.

What magical thinking drives you batty? Reply below with your method of fighting back.

As I’m teaching this concept to my workshop-experienced students, I always begin by asking them this, “What’s wrong with Shakespeare’s A Midsummer Night’s Dream?”

Well, we’re all raised to believe that Shakespeare is a god who never could doanything wrong. Had he done anything wrong, had his stories been less-than-perfect, we wouldn’t be reading them? Right?

Read more. You really want to.

Recently, a friend of mine had me check out a show from Christopher Titus called Love is Evol. It was a funny watch, but one of his jokes went sour as far as I’m concerned.

The joke was about ‘the douchebag test’ which is he claimed ‘all men have.’ The joke was basically this, new guy walks up to a group, one of the group picks out something on the newcomer and insults it in some (not-so-)subtle way. If the person in question defends themselves, they’re a ‘douchebag,’ but if they turn the insult on the aggressor, they’re a ‘brother.’

What’s worse is the number of people in the audience who’s general assent was obvious. This is really a thing, even if people don’t call it what Christopher did.

Why does anyone do this? Is there a reason people feel it should be a prerequisite to accept verbal abuse from a new acquaintance?

On Facebook, a female friend was asking for someone to go to Victoria’s Secret with her. The first response was someone pointing out that ‘all the guys had only one thing on their mind.’ He went on to explain that it was the image of women in their underwear that all men cared about.

Are males really so sexually driven as to not care about any other details of that request?

The truth is, I know not all guys are like these two examples. Really, most guys I’ve met are actually pretty cool about things in general. But very few seem to be upset by these stereotypes that paint all men as sex-driven assholes who, often, don’t have two functioning brain cells to rub together. Why do we accept this as status quo?

Guys: Speak up for yourselves, truth denies simplicity!

Gals: Don’t let this stereotyping affect how you see people. Judge a guy by his actions, it’s only fair.

What are your thoughts on gender-stereotyping? Leave a comment below!

What do these two have in common?

So, I was laying the groundwork for a new project, and began to question some things we take for granted in the fantasy genre. One of the things, specifically was the orphan or parentless hero.

We see it a lot, and it very rarely is a driving element of the character, which is stranger when the parental role isn’t taken up by some sort of surrogate, such as a mentor or foster parent. So I began to ask why is this such a common trope.

My first idea, and this doesn’t apply to all cases, but seems very common, is the fact that it’s a shorthand way to ‘other’ the protagonist. By making him an orphan, he’s immediately set apart from his community, which makes answering The Call just a little bit easier.

Another idea, which was presented by Brooke Johnson on Google+, is that it’s intended as a sympathy element. Most of us don’t know what it’s like to not have parents, and so we automatically sympathize with them. I agree it’s a possibility, but isn’t that just as lazy in the long run as using it to other the hero?

Now, to be fair, I don’t think every orphan hero falls under such tropes, in fact J.K. Rowling used the background as very important to Harry Potter and is a good example of using what can be considered a trope in a good way.

So what are your thoughts on the orphan hero, is this something fantasy should be moving away from? Leave a comment below!

Blogging is putting yourself naked before the world, and praying it won’t take advantage.

As a serious member of ‘gamer culture,’ I try to keep up on things that affect gamers as a whole, and specifically, new gamers. As I’m sure everyone can tell, I’m all about expanding my hobby, and bringing in new faces. Unfortunately, there’s a subset of gamers who think that trash talk should include identity references that put a lot of decent people off of the community, often for good.

Recently, though, a number of people are calling attention to the fact that we need to be better people to each other. Extra Credits, a web-show on game design recently took a few minutes to describe some possible solutions to fixing the problem. Go check this out, and if you’re into games in general, they’ve got an awesome show.

After watching that, I felt reinvigorated in trying to improve the community. Thankfully, I caught a tweet from @GeekyLyndsay about a petition called Gamers Against Bigotry. This is pretty self explanatory, but it’s a call to action to raise awareness and convince people to stop using identifiers are part of their trash talk. This is a great addition to the goal of cleaning up gaming culture, and being completely opt-in, it’ll be the community that makes it happen.

So if you consider yourself a gamer, or are just getting interested in the hobby, help us out, go sign the petition at GAB!