Taken From Political Compass. Click Image to check out their political stance analysis!

You know what: That’s great!

Yeah, the anger is still there, but it’s going to be there for a while. This was an emotionally charged election season, and we’re still knee deep in a recession. Which is exactly why people need to stay engaged.

We should pull politics out of the closet and make open and frank discussion the norm, instead of the exception. Especially now, where we have a lot of work to do as a global community, and only a handful of voices with enough clout to shift things. (I’m looking at you, Wall Street, Germany, and Sweden.)

Let’s get as many voices spreading as much quality information as we can. Those who have been through college remember sourcing papers: start sourcing your online discussions. Support real research. Let’s make tomorrow a little bit better than today through simple education.

I’ve said it a few times this week, but the nerdfighter motto and goal both apply very well here: 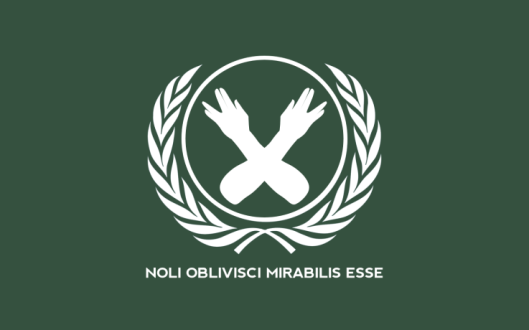 A challenging topic to write for, especially as a white, cisgender male. Good on Hank for tackling this for nerdfighters. 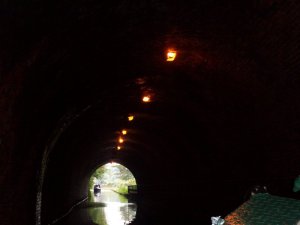 The last few days have been particularly trying emotionally.

I’d blame my Senator, but really, it was just a tiny reminder.

This month is Domestic Violence Awareness Month. I got an email about it from my Senator about it. Standard boilerplate congressional email, but it was the doorway to another emotional minefield.

Over the last few weeks, while I’ve thought about how to approach the topic again, it had me reflecting on the relationship that put me in the frighteningly large group of male survivors.

This is about awareness, but more, I’d like to share what it’s like when I’m at the lowest emotional state. While there are happy memories from my past relationship, and a few very dark ones, in general, the years in which I was being abused are something of a blur.

The brightest moments between me and my ex-wife still stand out enough, moments where I was hopeful everything could work out. Mixed in there are the stellar emotions of the birth of my son.

On the darker side, I remember real fear. While I didn’t think my wife would ever hurt me physically, she threatened to ruin me in other ways. Calling the police was a common one.

And the worst, of all of this, is the emotions surrounding the birth of my daughter, are not as powerful in my memory as my son. Unfortunately, those were the darkest hours in many ways. I was beaten, and it affected everything around me.

But things got better. I’m almost done with school, my son is five years old, my daughter is almost four. I have new friends, and regained some old friends. With some effort, it can get better.

To those who suspect a friend is being abused, keep yourself present and available. Call regularly. Talk with them, invite them out. Just a warning, though: they might not be in a position to accept what’s going on. Give it time, and be there when they’re ready. That’s what I needed when the cycle finally broke, and I am willing to bet I’m not the only one.

China’s Fujian province has seen its first ever public gay wedding between two young men, who had already made history by getting engaged in nearby Guangdong province.

Lu Zhong and Liu Wangqiang, 24 and 20 respectively, wowed their hometown of Ningde on Tuesday (2 Oct), a day after the national day, as their cascade of wedding cars paraded the city’s roads and parks and showcased their love.

Seriously awesome news out of China. I hope they have a long happy marriage, and encourage couples all over the world to take a shot on happiness.

I don’t care what party you are, how educated you are, what you think of me or my views. Go vote this November. And spread the word, click any of the share links below to your favorite social networks!

So part of what pushed me back into blogging is a mild depression coming on that I knew I had to nip in the bud. In my efforts to kill it, I dove back into music, and ended up playing Fun.’s Some Nights over and over again. Here, check this out (Profanity warning):

Beautiful piece, lots of energy. The part that stood out to me as I let in rattle in my brain though is the line ‘What do I stand for?’

Fun question, no? But that’s really what it all comes down to, both in real life and in fiction. It’s the important things. Those things that when the chips are down and it’s time to take a side, we’re there.

The thing is, those topics, the lines? I find they keep changing. The things I’m willing to fight for now are a lot different from a year ago. Heck, I barely recognize that guy from a year ago who launched the Tweet Deck Guide. I’m still him, but what matters has changed.

One of the things I’ve come to care about in ways I couldn’t fathom is social justice, and while I’ve talked a little about our rights to communication and standing up for abuse survivors, one thing I’ve been less vocal on is LGBT rights. I’m totally for ’em. And the UN Human Rights Council put out a new publication called Born Free and Equal which is focused on LGBT rights. Some great stuff, and things that you’d think were common sense.

Awesome amazing news. Now the fun part. There’s a lot of places where these guidelines aren’t followed. There are places in the USA where they’re not followed. If you live somewhere with representative government, do me and your LGBT friends a favor: Write your representatives, talk about this. Things have to change.

Recently, a friend of mine had me check out a show from Christopher Titus called Love is Evol. It was a funny watch, but one of his jokes went sour as far as I’m concerned.

The joke was about ‘the douchebag test’ which is he claimed ‘all men have.’ The joke was basically this, new guy walks up to a group, one of the group picks out something on the newcomer and insults it in some (not-so-)subtle way. If the person in question defends themselves, they’re a ‘douchebag,’ but if they turn the insult on the aggressor, they’re a ‘brother.’

What’s worse is the number of people in the audience who’s general assent was obvious. This is really a thing, even if people don’t call it what Christopher did.

Why does anyone do this? Is there a reason people feel it should be a prerequisite to accept verbal abuse from a new acquaintance?

On Facebook, a female friend was asking for someone to go to Victoria’s Secret with her. The first response was someone pointing out that ‘all the guys had only one thing on their mind.’ He went on to explain that it was the image of women in their underwear that all men cared about.

Are males really so sexually driven as to not care about any other details of that request?

The truth is, I know not all guys are like these two examples. Really, most guys I’ve met are actually pretty cool about things in general. But very few seem to be upset by these stereotypes that paint all men as sex-driven assholes who, often, don’t have two functioning brain cells to rub together. Why do we accept this as status quo?

Guys: Speak up for yourselves, truth denies simplicity!

Gals: Don’t let this stereotyping affect how you see people. Judge a guy by his actions, it’s only fair.

What are your thoughts on gender-stereotyping? Leave a comment below!

As a serious member of ‘gamer culture,’ I try to keep up on things that affect gamers as a whole, and specifically, new gamers. As I’m sure everyone can tell, I’m all about expanding my hobby, and bringing in new faces. Unfortunately, there’s a subset of gamers who think that trash talk should include identity references that put a lot of decent people off of the community, often for good.

Recently, though, a number of people are calling attention to the fact that we need to be better people to each other. Extra Credits, a web-show on game design recently took a few minutes to describe some possible solutions to fixing the problem. Go check this out, and if you’re into games in general, they’ve got an awesome show.

After watching that, I felt reinvigorated in trying to improve the community. Thankfully, I caught a tweet from @GeekyLyndsay about a petition called Gamers Against Bigotry. This is pretty self explanatory, but it’s a call to action to raise awareness and convince people to stop using identifiers are part of their trash talk. This is a great addition to the goal of cleaning up gaming culture, and being completely opt-in, it’ll be the community that makes it happen.

So if you consider yourself a gamer, or are just getting interested in the hobby, help us out, go sign the petition at GAB!

This is the week of awesome videos. John Green talks about ‘traditional’ marriage, homosexuality, and how it all interacts with Religion.

Then I was reminded of Occupy.

As some of you may remember, I blogged about Occupy because I believed in the ideals behind the movement, even if we had some frightening stories coming out of the movement.

But while the news continued to report on the ‘flagging’ support of Occupy Wall Street, we saw something interesting happening around it.

Just recently, we had SOPA, PIPA, and ACTA. Those protests got direct attention, and reached their stated goal. But has anyone else kept an ear out? Something changed.

The same thing is happening now around this video. While the stated goal may, or may not, be achieved, the combined voices of thousands the world over is changing the conversation. It’s making people more aware of the problems of the world, and producing a debate to find the better solution for each one.

For all the world’s problems, the Internet is proving to be the tool that may help solve them. And that excites me like nothing else.

I’ve only mentioned a few great moments the Internet has created, comment below and tell me your favorite story of how the Internet community is changing the world.